In this provocative assessment of the world's current ecological crisis, the author of the critically acclaimed In the Beginning exposes the false assumptions underlying the conflicts between science and religion, and proposes an innovative approach to saving the planet.

Traditionally, science and religion have been thought of as two distinct and irreconcilable ways of looking at the world, and scientists have often chastised the world's religions for keeping their eyes on the heavens and paying scant attention to the destruction of Earth's precious resources and its natural wonders. In The Reenchantment of Nature, Alister McGrath, who holds doctorates in both molecular biology and divinity, challenges this long-held and dangerously misguided dichotomy.

Arguing that Christianity and other great religions have always respected and revered the bounty and beauty of the earth, McGrath calls for a radical shift in perspective. He shows that by defining the world in the narrowest of scientific terms and viewing it as a collection of atoms and molecules governed by unchanging laws and forces, we have lost our ability to appreciate nature's enchantments. In order to address the threats to our environment, he maintains, it is essential to reawaken our sense of awe and look at the world as a glorious creation, an irreplaceable gift of God.

In setting forth a new framework for the debate between science and religion on ecological theory, The Reenchantment of Nature points the way to integrating two different traditions in a sane and productive effort to rescue the natural world from its present environmental decline. 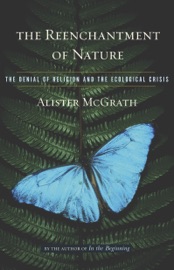