The Ramones' music has influenced nearly every power pop, punk, alternative, and metal band. Monte A. Melnick served as The Ramones tour manager from their early New York club days in the '70s to their farewell gigs in 1996. He was the fifth Ramone and was there through the arrests, the ODs, the fights, the break-ups, the make-ups, the girlfriends, the hotels and the binges.

Filled with memorabilia including photographs and interviews collected along the way, this is his view of life on the road with the band as "babysitter to psychiatrist, booking agent to travel agent, paymaster to van driver." 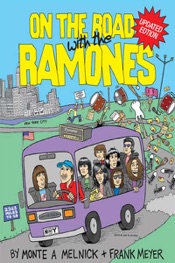