Six years ago, the administration in our city decided that there was going to be a complete ban on plastics, as far as shopping bags and food packaging, in local industries and enterprises were concerned. This decision was hailed in the press and approved by the public, but the business section seemed to be disturbed. How would they do without plastics? Especially for packing/storage, and other purposes?

That was six years ago and as it happens in a city where the enforcement is not done strictly, the saying no to plastics idea slowly and steadily went back into limbo, and back everybody went to plastic containers, plastic bags, plastic bottles, plastic jars, because after all it was a multibillion dollar industry, it had managed to permeate all over the world, and no silly small city administration was going to implement their own airy fairy arbitrary decisions when the big bucks were out in full force.

About 30 years ago, my mother started up a one lady campaign of saying no to plastic, because she had already seen these plastic bags choking up the rivers of her mountain state. And when she told people that they were not biodegradable and they would never decompose like natural products are going to do, she got looks of “lady, going senile, so humor her and listen to what she has to say, with a poker face.”

And that was the time when she decided that her house was going to be 0 garbage & 0 waste house, the concept of which had not been thought by anybody except the more knowledgeable of environmentalists, who the rest of society called totally weird and crazy. 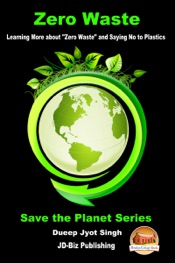