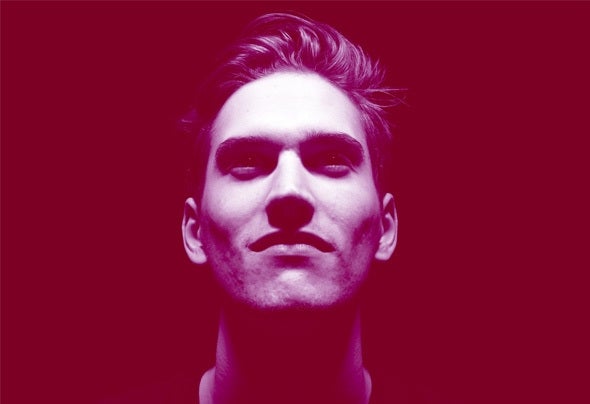 Born and raised in Groningen, Netherlands, Frank Post’s initial forays into releasing music have seen him remix Noisia for Deadmau5’s mau5trap imprint and get snapped up by his fellow Dutchmen for an album deal on their Division Recordings record label. Arriving at the production alias Posij via several visits to Greek ruins, a personal loathing for swimming in seas and rivers, and an understanding of graphic design, Frank's aural outlook drags the experimental days of electronic music up to date with modern sounds and production techniques. His vision is emphatically shared by those who encounter Posij's fresh and unique take on bass music, confirming that there is more than meets the ear to this exciting new producer.A self-confessed studio addict, Posij began to find musical inspiration in his early teens. Sifting through his father’s record collection he started listening to bands like The Kinks and The Beatles, and at the same time became intrigued by the possibilities of writing his own music using a computer. Inspired by the likes of Mr Oizo, Fatboy Slim and Noisia, and encouraged by a close friend Posij started to learn the ropes using Propellorheads’ Reason and hasn’t looked back since.Forever challenging himself to try new ideas and not to fall into the standard ways of thinking Posij’s outlook is to move away from clichés, casting aside the drum loops and bass noises so often overused by the bandwagon-hoppers-de-jour and instead concentrating on writing original and different music. It’s this outlook that is the key to Posij’s early success, having played an integral part in attracting the attention of his hometown heroes, Noisia."Martijn from Noisia was at one of my first live performances in our hometown of Groningen and he watched me play. When I finished he asked if I had a CD for him to take away. I was so psyched about that! Around the same time I’d also gotten to know someone who worked for Noisia's management company and I'd decided I was ready to start getting my music out there.”“Then one sleepy, hungover October morning I received a call from Martijn. He asked me if I’d ever released anything and he was amazed when I told him I hadn’t. Then he asked if I would like to spend some time writing an album for their label. Of course I said “YES,” then I shook with excitement for two days and spent four months with writer’s block because I put so much pressure on myself!”Fortunately for the rest of us Posij’s writer’s block soon dissipated, leaving behind a residue of unadulterated genius that’s plain for anyone with a keen ear to hear. Drawing comparisons to Posij’s once heroes and now label heads and mentors, Noisia, seems obvious, but rather than comparing their music, it’s their attitudes towards their art where you can find common ground.One listen to Posij’s tracks will tell you that he is a producer that tends towards exploration, challenge and even obsession. Here you will find sounds that you’ve never heard before put together in ways you don’t expect. Retaining enough groove to console those of you who fear today’s epileptic generation, but adding just the right amount of chaos to inspire you to pay attention. Posij is spearheading a new generation of experimental bass music producers and his debut album looks to be an exciting landmark on his musical journey.