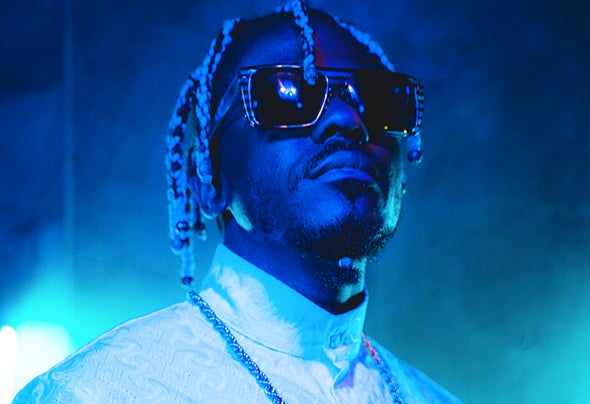 London based Ghanaian DJ/Producer transitions from world renowned club DJ to one of London’s top producers with a slew of songs ready for release. Perfectly balancing the two skills sets, Bluey teams his club trained ear with his long-time love for producing and the pursuit of the perfect sound. Bluey specialises in House music, drawing inspiration from producers such as Solardo, and DJ’s such as Franky Knuckles, to put interesting spins on classic styles. In the winter of 2019 Bluey signed his first single with Idris Elba’s record label 7Wallace. The track entitled “Wine It” marks the beginning of a new phase in Bluey’s musical career, setting the tone and sound of what the next few years have in store. Bluey’s passion for music started at a young age. Securing his first decks at just 14 years old his family had to pry him away for meal times and school. A fascination with the DJ EZ ‘Pure Garage’ series spurred him to try to match the technicality of the awe-inspiring selector. From then on, Bluey started to DJ anywhere he could, family parties, pubs and club gigs. “In these early stages I would have done it for free, to be honest, I just wanted to build my confidence and ability on the decks.” Bluey was spotted by Konvict after handing out DJ mixes on the streets in 2011. He was invited to DJ alongside Akon as a warm up act playing house music before Akon’s headlining shows. This working relationship ourished through raw talent and the ability to DJ in any genre. Bluey toured with Akon on and off for 7 years.